Enter The Wilderness Of Gavi

Gavi is an eco-tourist spot in Kerala has widely become popular after
'Alistair International' the world acclaimed tourism major listed it among the leading
eco-tourism centres and one of the must-see places in India.

Pachakkanam and Gavi
Gavi is one of the major eco-tourism centres in Kerala, which has been listed as one of the must see place in India by World Acclaimed Tourism major , Alistair International. It is a part of the Periyar Tiger Reserve. This place is a perfect blend of nature’s marvels with various other attractions that has not been explored too much and has still retained its beauty . The journey to Gavi is itself an exciting and rejuvenating experience . Way to Gavi is mainly known for its wildlife. During the journey you will be attracted by the sight of Gavi, endangered species of Nilgiri Tahr , Lion tailed macaque, Wild Gaur and Elephants. Sholai Forest and grass lands are the other major attractions throughout the way to Gavi. Presence of Gopher tree , the tree which is identified as Gopher (also known as Nirampalli) is an important thing. Gopher wood is a term used once in the Bible. Bird watchers must not miss the chance to visit Gavi as they can spot a lot of rare avian species at this place. With more than 260 species of birds including the great pied hornbill, Woodpecker and king fisher,Gavi is a heaven for birds. This is a perfect place for nature explorers that offers a chance to get acquainted with the unique flora of the Western Ghats . In short a splendid spot to be visited at least once for all those who love the nature. 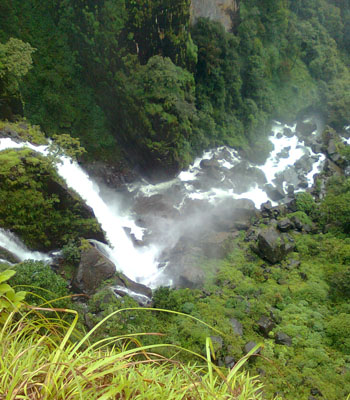 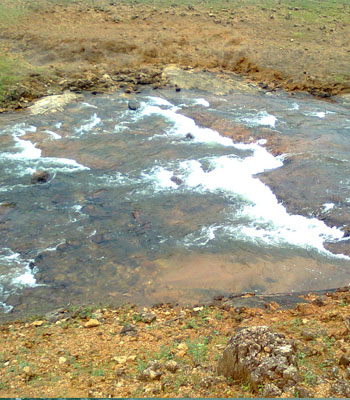 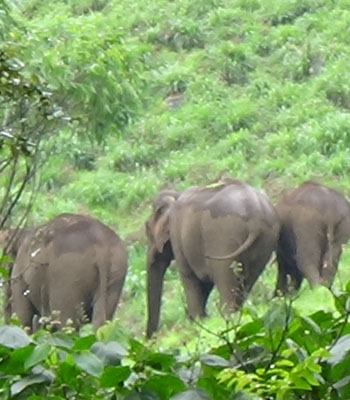 Podocarpus wallichianus, locally known as Nirampally, is the only coniferous tree survived in the Western Ghats. This endangered tree species belongs to family Podocarpaceae. Podocarpus wallichianus is not seen these days, in any part other than the tract between Upper Moozhiyar and Urani.

Although reeds occur throughout this place, Schizostachyum beddomeii (reed climber) is found distributed only in the stretch of land beside Moozhiyar - Kakki road, near Aranamudi. Though there are similar other tracts in this area, this species is not seen in any such areas. This species, which is in the danger of extinction and endemic to this part of the Western Ghats, resembles the ordinary reed (Ochlandra scriptoria) in appearance and qualities in general.

Nilgiri tahr (Hemitragus hylocrius) is a near relative of its Himalayan counter part, the Himalayan tahr. Nilgiri tahr is a bit bigger than its Himalayan cousin and has only a short coat of yellowish brown hair. In the past it was found over a great range of the Western Ghats in large herds. Congregations of over a hundred tahrs were common. Habitat loss and poaching had wiped it out from most of the earlier ranges. Unlike the Himalayan tahr, it prefers open grass covered hills, thereby offering an easy target for the poachers.
In Kerala the species is found in abundance at Eravikulam and in small population at Parambikulam, Periyar and Ponmudi. In Pachakkanam parts of Ranni Division also they are present, though not in large population. The habitat at Pachakkanam extends over the grasslands interspersed with sholas from Pambamala to Ponnambalamedu and further north to Uppupara areas. Nilgiri tahrs graze in open areas. They graze early in the morning and again in the evening in flocks of half a dozen or more, which may swell to form much larger herds also. During the hot hours of the day, they rest in the shelter of rocks. Poachers apart, tigers, panthers and wild dogs also kill them.

Interestingly, there exists a microhabitat within the Tahr habitat. This microhabitat is confined to the fringes of sholas seen along the mountain folds; and the species occurring is the ‘rare palm’ Bentinckia condepanna (Kana kamuku). This species is seen in gregarious patches at many shola